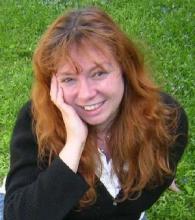 She was diagnosed with terminal cancer in September, 2009, yet worked continuously promoting slam poetry and performance until shortly before her death in Austin, January, 2010.

Gabrielle sought to create a video archive for slam poetry in 2005. We at the Performance Poetry Preservation Project are inspired by Gabrielle’s work, life and love and dedicate our efforts to her and her memory.